skip to main | skip to sidebar

The Mafia for Americans 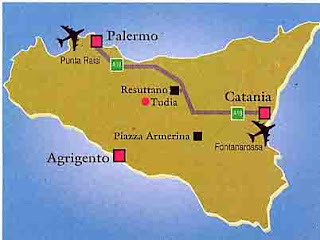 “Pizzo” refers to the protection money paid to the Mafia by businesses in Southern Italy, which is usually obtained by coercion and extortion. “Pizzo” is the Sicilian word for “beak” and it renders the image of a hungry bird pecking around to get every little bit of food that it can. AddioPizzo, by publishing its “Pizzo Free” list of businesses that have agreed not to pay the Pizzo and also to press charges against anyone who comes to them to ask for money, has created a network of support and information that empowers Sicilian business owners to fight back.

Despite their efforts, the practice is still widespread (it is estimated that 80% of the businesses in Catania and Palermo pay the Pizzo), but little by little they hope to overcome the mentality of fear and silence that allows this phenomenon to remain entrenched in local society. Each term CET Italy staff members organize meetings with its Florence, Siena and Catania students to talk with the volunteers of AddioPizzo and help the them understand what the modern day Mafia in Sicily looks like. At the most recent meeting arranged for students of the CET Sicily program, a journalist and photographer from the local ‘La Sicilia’ newspaper were present, and on June 27th an article about the meeting was published in the paper. Below is the English translation of the story.

An Anti-Mafia Crash Course: 10 American students meet with local youth engaged in the fight against racketeering and usury.

On June 29th, 2004, on small leaflets posted throughout the streets of the city center, Palermo read this message for the first time: “An entire population that pays the ‘pizzo’ is a population without dignity.” So began the adventure of AddioPizzo’s young volunteers, with this gesture carried out by 7 local citizens, little more than 30 years old, who decided to break down the wall of silence that gripped civil society, and to explain their motivations for doing so a few days later in an open letter to local and national newspapers. AddioPizzo is a movement that has taken on the role of spokesperson for the “cultural revolution” against the Mafia. In Catania the association was founded in 2006 and today has 10 active members who organize conferences and initiatives in schools and throughout the city. They have even obtained a center, which they share with the local branch of Libera, in Picanello, in an apartment that was sequestered from a Mafia criminal and donated to the groups for their activities. 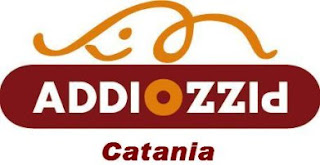 “Sicily” as explained to American students. Terms like “Mafia,” “Racket” and “Pizzo.” Today’s classes included discussions on these topics at CET Catania - which organizes study programs in Sicily on behalf of American Universities – with the Resident Director Anna Di Biase, who has worked for CET in Florence and Siena and this summer is coordinating the programs in Catania, CET Professor Alessandra Nucifora, Prof. Alessandro Zannirato from The Johns Hopkins University in Baltimore, who was born in Varese and has been teaching abroad for 8 years, and the volunteers of AddioPizzo.

The meeting began with an introductory video, which explained the current meaning of “Pizzo,” here and elsewhere in Sicily; from [Vincenzo] Conticello’s ‘Antica Focacceria’ in Palermo, to the story of Libero Grassi, the charges that have been made, the homicides, and the birth of the AddioPizzo movement on the spontaneous initiative of a few 30-somethings from Palermo who finally said “basta,” enough. The debate then began in earnest and it immediately became evident from their questions that the American students still have an understanding of the Mafia largely based on books and movies. Zannirato confirmed that: “there are two challenges we face: they have an understanding of the Mafia shaped by American movies - for them “Mafia” is an amusing term, but when I compared it to Al Qaeda during the introduction to the class, they weren’t laughing anymore. Then, their moral outlook is based on the concept of individual responsibility, as opposed to collective responsibility.”

Ermanno Napolitano gave an explanation in English to the students, 10 of them in all, of what AddioPizzo is; he was joined by Valentina Trovato, Adriana Belpasso and the Vice President of the association Riccardo Maita. “We work to kick-start people’s awareness” Valentina explained, “and first of all to change the Mafia mentality.” This all occurs through scholastic projects, ethical consumerism and solidarity, in collaboration with other anti-racket associations, which physically accompany victims to press charges for threats made against them. AddioPizzo has officially been a part of the circuit of anti-racket associations in Catania for some time. As part of their activities they organize meetings and conferences and meet with students in schools. The students asked whom victims could turn to for help if they were threatened in the years before AddioPizzo existed: “there was the police” – Valentina clarified – “but in Palermo the anti-racket associations were founded after AddioPizzo, whereas in Catania things developed differently, here there are associations that have been actively present for 20 years.”

A student asked what pushed them to become a part of AddioPizzo: “I didn’t think I could do anything as a free citizen” – said Adriana Belfiore “because I thought that these issues had to be handled by the institutions, but then I understood that I could do something too, and the AddioPizzo project seemed like the most well-established approach to making a change.” Riccardo Maita, the 21 year old Vice President, recalls that his first encounter with the association occurred when he was in high school, while working on project to draft a law proposal with his classmates: “from that moment on the association became a part of my life, to the point that I became Vice President.” The students asked if pressing charges against intimidators leads to retaliation. Riccardo responded, explaining that data from multiple anti-racket associations in Catania indicates that victims who press charges are subsequently left alone by the Mafia. At this, one student marveled “why do they keep paying the Pizzo? Why don’t they immediately cooperate with these groups that are offering to help them?” The answer was that it’s a question of mentality, that she needs to look at Sicilian history to understand when and how the Mafia took the place of the State in Sicily, how it practically has become the guarantor for a system of protection and easy money that for many people is extremely difficult to fight.

At the end of the meeting Etta Berkland, 21, from the University of Minnesota, shared her newfound understanding of the phenomenon: “whenever I heard about the Mafia, “The Godfather” came to mind, but now I understand that it’s like a bad dream, that it has roots here and a presence in politics, businesses and much more. It’s worse than I thought and it hurts me to think that such a beautiful place could be associated with such a terrible phenomenon.”
Pubblicato da CET Sicily a 6:00 AM